The Fund for Jobs Worth Owning envisions a future where workers lead and own democratic workplaces and shape political and economic systems. This new economy will support racial and gender equity, foster respect and inclusion, and create real opportunities for workers to cultivate wealth and autonomy.

Learn how we invest in creating better jobs through worker ownership. 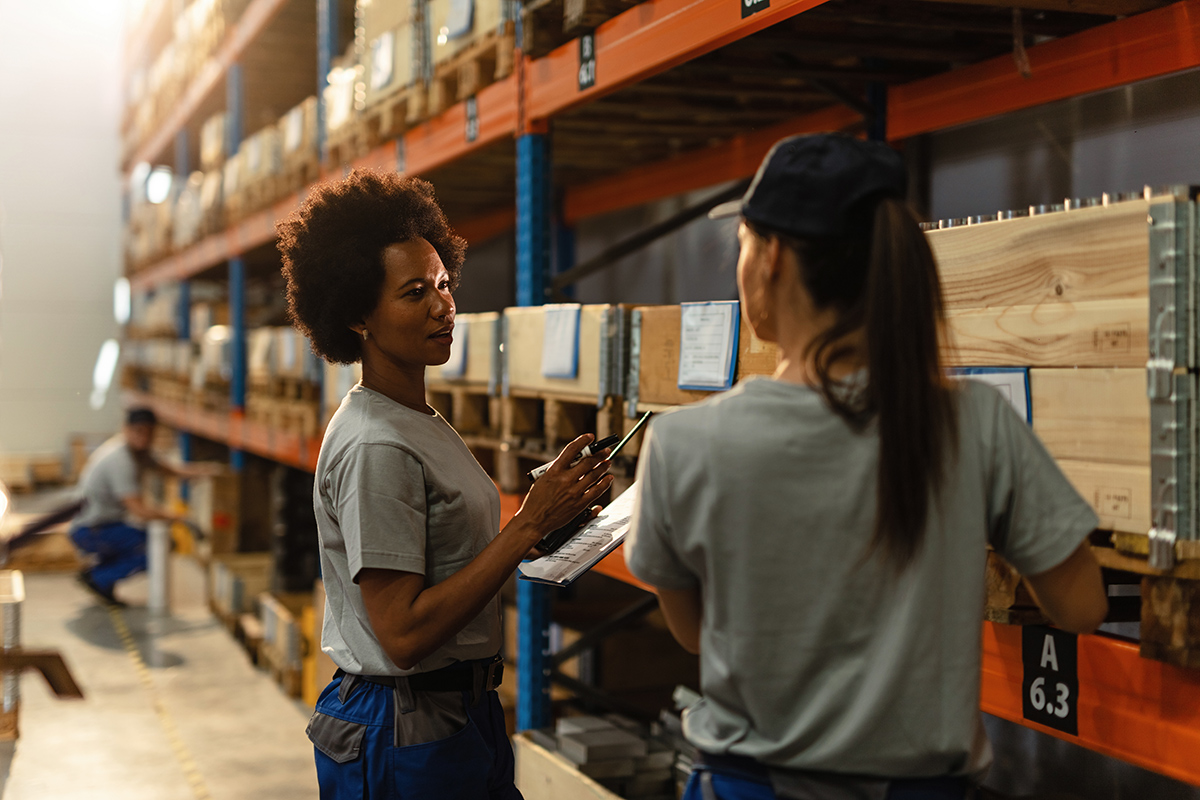 In the early days of the American republic, the local public house (or “pub”) served as a crossroads and central meeting place for people from all parts of the community and beyond. People would stop and talk about the pressing issues of the day, including, perhaps, democracy... In the spirit of this early role of the brewpub as community gathering spot, Democracy Brewing launched its worker-owned brewpub in downtown Boston on July 4th, Independence Day, 2018. Combining high-quality local beer with a welcoming atmosphere, fresh-from-scratch delicious food, and a shot of workplace democracy turned out to be a winning combination. The co-op was a success.

When the Covid-19 pandemic descended less than two years later, Democracy Brewing was hard hit, like every other restaurant in the country. But the worker-owners persevered and even entertained ideas of expanding their collaborative brand of worker-ownership. They got the chance in late 2021, when a decommissioned church in Lewiston, Maine, became available for purchase. Despite being the second largest city in Maine, Lewiston has a marked paucity of brewpubs-per-capita and not very many worker co-ops either, making it just the place for Democracy Brewing’s second site.

The project enjoys significant support from the City of Lewiston and surrounding community, including the offer of an advantageous purchase price and future loan terms and historic tax credits. The problem was the co-op had to secure the site first. The Fund for Jobs Worth Owning stepped in, providing the crucial initial funding package for purchasing the real estate and working capital that will allow the remainder of the multi-million total restoration package to come into place.

Leveraging the power of worker ownership to transform jobs in the hospitality business into high-quality positions where people will want to make their careers has always been core to Democracy Brewing’s mission and strategy. Their worker-members believe the success they have found at their Boston location is highly replicable, and that, given the opportunity, many of their peers in the restaurant industry would enthusiastically embrace worker ownership. Now, thanks to a loan from the FJWO, another 10+ new worker-owners at the soon-to-be-opened Lewiston. Democracy Brewing will get to find out for themselves.

A great example of how our Fund’s tailored lending and technical assistance can make a big difference for low-wage workers is a recent loan to White Electric Coffee in Providence, Rhode Island. A popular neighborhood café for 20 years, White Electric served a variety of tasty food and coffee beverages to a vibrant, racially, and economically mixed community. But COVID-19 and the global movement for racial justice brought to the surface racial justice and workplace issues that had been simmering for a long time. In the summer of 2020, workers banded together, formed a union, and issued a variety of demands. The café owner complied with most of the requests, recognized the union, and surprised co-op organizers by offering to sell the business to them as a worker-owned cooperative.

The enthusiastic support of customers and community residents convinced workers to take on the challenge. A GoFundMe campaign surpassed the co-op’s goal of $50,000. Still, the project faced some challenges. The new co-op members were having trouble reaching agreement on the business sale price from the selling owners, and also needed to raise more money. Time was running out, and it was unclear if the new co-op would actually get on its feet. Then in December 2020, White Electric got in touch with the Fund for Jobs Worth Owning to see how we could help. FJWO jumped in to coach the new co-op owners on business valuation, got to final terms with the seller, and put together a complementary financial package to fully capitalize the deal. FJWO also connected the co-op with the ICA Group for help with financial training and budgeting, giving the White Electric crew a confidence boost in the home stretch.

Together with another CDFI, we provided $430,000 in total financing for the new co-op to purchase its building and have adequate working capital. While they are smart, experienced, and committed, none of the baristas individually had the funds or complete skill set to take on the store alone. But together, as a cooperative, they could. And did—much to the benefit of both themselves and their surrounding community. White Electric reopened as a worker-owned cooperative in May 2021, ready to start its next chapter. 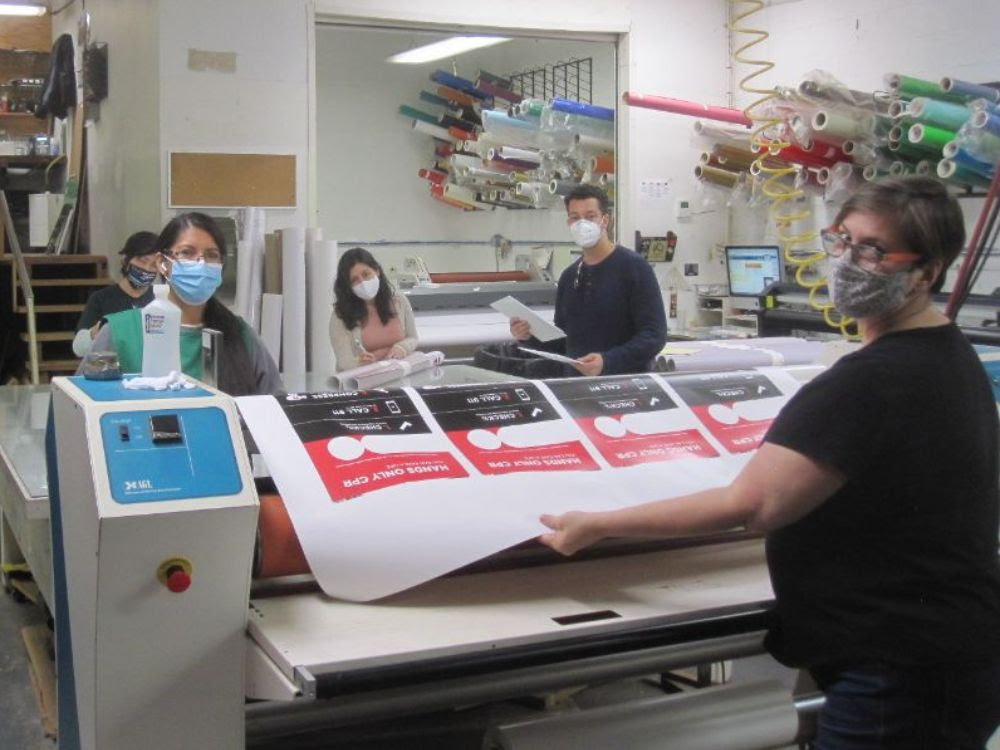 You might not think about the hard-working people behind real estate signs you see, but if you happen to be in New York City, there is more than a passing chance that sign was designed, made, and installed by a worker-owned cooperative. The founder of Green Mountain Graphics, based in Queens, New York, has spent close to 30 years building a solid reputation for quality customer service and creative solutions. As he neared retirement age, he wanted a plan that would allow him to step back from some of his day-to-day responsibilities at work, while also rewarding the long-term employees who helped make the business so successful. Selling the business to a worker cooperative proved to be the answer he was looking for.

Many of Green Mountain Graphic’s employees are women or Latinx. Average pay, while modest, is sufficient to provide a living wage in costly New York City. If Green Mountain Graphics can maintain its current level of profitability and customer service—which worker-owners are confident they can—co-op members can reasonably expect to receive annual patronage dividends equal to almost 20% of base pay as a result of becoming a cooperative.

Like other firms in the signage and graphics field, Green Mountain Graphics has little in the way of hard collateral to offer a lender, so a creative approach was needed. The FJWO joined with a fellow CDFI to provide the underlying financing to purchase the company and convert it to a cooperative. The selling owner also supplied some funds. In addition to the term loan, the FJWO gave the new co-op a business line of credit. Such a resource is vital for a company in their line of business, but one the company’s bank was unwilling to offer without a personal guarantee from the selling owner. Instead, FJWO stepped in and, evaluating the loan on strong historical performance and cash flow, was able to offer the line free of such problematic conditions. 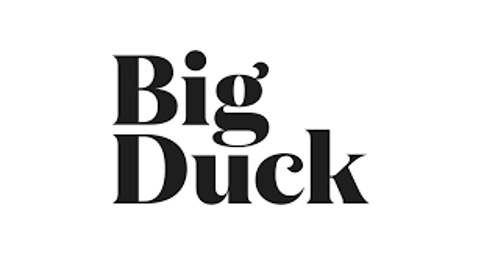 Helping nonprofit organizations to use the tools of effective communications to shape beliefs and inspire action has been the driving mission behind Big Duck since its founding in 1994. Big Duck works to help nonprofits increase their visibility, raise money, and communicate more effectively. Now a diverse and talented team of 15, Big Duck approached the Fund for Jobs Worth Owning in 2021 for financing to help transition the company to employee ownership.

With a strong revenue history, solid balance sheet and little debt, the company had much going for it.  But as a communications services and web design firm, there was little in the way of conventional business collateral; securing financing from a traditional lender would be difficult. Instead, FJWO worked with a fellow CDFI to craft a financing solution. Technical assistance provided by FJWO’s affiliate the ICA Group has helped the Big Duck workers— who are 90% women or non-binary—ready themselves to take on the responsibilities of business ownership. All 15 current workers have signed on to be part of the new cooperative, and Big Duck’s founder is confident that the business she built, and the clients who rely on it, are in excellent hands.

The Fund for Jobs Worth Owning is the leading expert in providing financing strategies for worker-centered business.
‍
We'd love to hear from you. Contact us to see how we can help reach your goals.

Thank you! Your submission has been received!
Oops! Something went wrong while submitting the form.